Why is Maui so Windy

Topics: Maui, Travel Tips
Maui is notoriously windy. Your beach day could be interrupted by high winds that coat you with sand and salt. But at the same time, another beach down the road might have completely calm weather. Maui’s location and geography allow two types of winds on the Island. These wind types are trade winds and Kona winds.

Trade winds occur about 80% of the time on Maui. They are especially prevalent in Maui’s summer months of June through September. Trade winds come from the northern or eastern side of the Island. Maui is always subject to trade winds because of its location. Maui is located between the equator and 30 degrees north. Trade winds are formed due to the Earth’s rotation. This rotation causes the air from the northern hemisphere to slant towards the equator in a southwesterly direction. This movement of air due to the Earth’s rotation is called the Coriolis Effect. When a meteorologist says something about “north trade winds”, they are referring to the direction of which the wind is coming from. Not the direction the wind is blowing towards. The northeasterly trade winds are very common on Maui. In fact, northern and eastern facing shores, like Kapalua and Paia, experience higher wind abrasion than south and west facing shores, like Lahaina and Wailea. Maui’s nickname is the Valley Isle because it has a low-lying valley between two tall volcanoes. Think of this valley as a giant wind tunnel. As northerly winds come through, the valley of Maui and Maalaea Bay experience extremely high wind speeds of up to 40 miles per hour. This wind tunnel effect is known as a venturi. A venturi is the strengthening of the wind as it passes through narrow tunnels or valleys. The winds in the valley are usually calm in the morning and increase throughout the day. In the summer months, Maui visitors and residents are thankful for the trade winds as they bring “natural air conditioning” to Maui.

Kona winds are the opposite of trade winds. They usually blow from the south or west and are not as strong as trade winds. Kona winds are more common in the fall and winter months on Maui which is from October to February. Usually, these winds have speeds of 12-18 miles per hour or sometimes there is no wind at all. Kona winds tend to bring sulfur dioxide from the Big Island’s volcano Kilauea. This creates a few days of hazy weather called “vog” (volcanic smog) around Maui. The vog lasts until the trade winds kick up again to clear the air.

About the Author: Experience the natural wonder of the Hawaiian Islands, via a zipline tour with Skyline Eco-Adventures. Enjoy the Hawaii, Maui and Kauai landscapes through an unforgettable tour. Book your adventure at www.skylinehawaii.com, today! 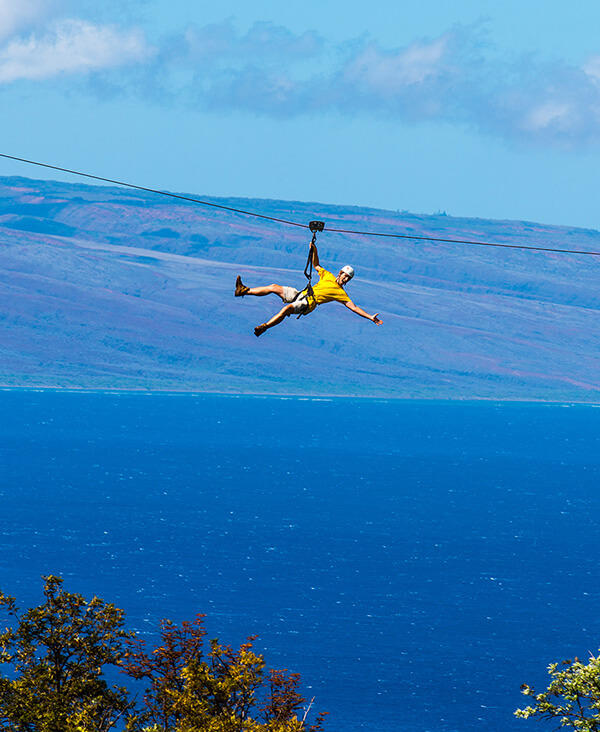